Can I … yes … do I want to … no! Chess pieces represent two things I really don’t enjoy and I have therefore avoided for many years, and as I’m not a chess player there has never been an allure to make a set.

I’m no fan of production turning, making sure every element of each piece is identical and completed at breakneck speed, ensuring the cost is minimal for the customer… no, this is makes chess sets less than appealing to me.

However, when the friend of a friend asked me to make a set as an eighteenth birthday present for his daughter I felt obliged, and then I found out his daughter was a twin and he needed two sets -double trouble, but I had committed myself, so time to get to work.

Working outside my comfort zone I did some research, nowadays easiest done on the internet, and as the request was quite open-ended without a required style of pieces, and the two sets could be different I was able to begin the design process.

Supplied with Shining Gum (eucalyptus Nitens) and Victorian Blackwood (acacia Melanoxylon), wood harvested from the client’s hobby farm, a problem became evident as soon as I started turning proto types to show the client – the Shining Gum was riddled with internal cellular collapse –a problem that caused issues throughout this project, considering filling cracks, gluing to stabilise cracks and pieces that had to be rejected.

How to price the job? This is always a difficult one for me. Based on trials I came up with a time needed to make each pawn and then multiplied it out with allowance for more intricate detailing of major pieces… and with no idea of how I was going to shape the knight, which is the most irregular form. The predicted price wasn’t pretty, however this was to be a one off set, times two.

A meeting with the client confirmed problems associated with the Shining Gum and projected costs, so I gave up working to a watch and just went to work, making up profiles of individual pieces as I went, working from shapes I was most confident with, moving on with trepidation as I progressed from one figure to the next.

Progressing from the pawns, which seemed to take forever, and there were several rejects due to irregularity, I moved to the major forms, building on the tapered base increasing the height from one figure to the next.

With trepidation I developed figures that represented the Queen and King, while the Castle and Bishop weren’t intimidating. Most forms were falling into line, both in profile and height, multiplied as many times as needed for two sets. Sketches guided ideas that had come to mind, but what works in a two dimensional drawing may not work in a three dimensional piece.

Eventually I had to face up to the horse headed form of the Knight, which. was most intimidating and probably the reason I’ve never taken on this type of project, Research into a recently published article on the same topic gave me clues on how to achieve the desired result and coupled with several experiments I arrived at a result I was happy with.

As the collection of pieces increased, building into a set, so did my confidence, and now that both sets are complete, I’ve overcome my trepidation, ready to take on another! 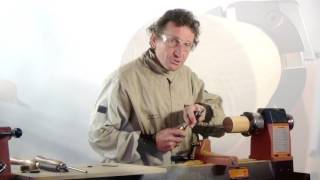 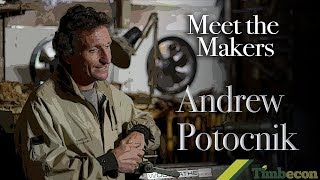 What makes me tick?

Enrich your life... just make something!